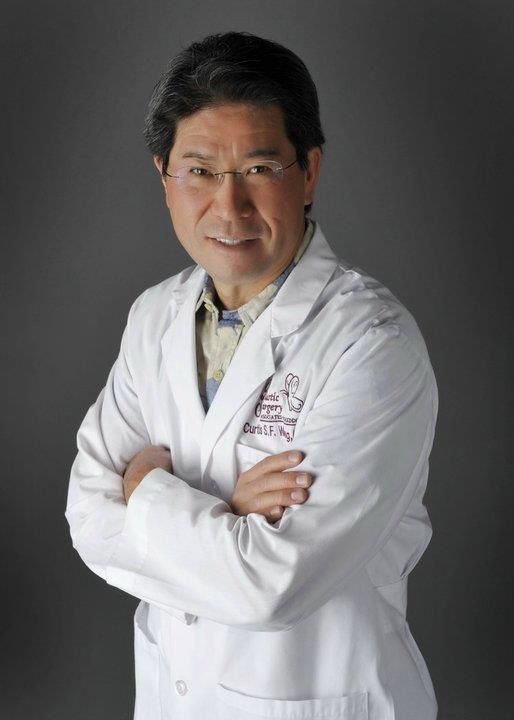 Dr. Curtis SF Wong is a board certified plastic surgeon serving Redding, Red Bluff, Chico, Mt. Shasta, Eureka and surrounding communities. He specializes in surgery of the breast, body contouring and facial rejuvenation. He currently serves as an Assistant Clinical Professor at University of California – Davis where he supervises and instructs Family Practice Residents.He has been in practice in Redding and the surrounding region since 1992 .

Dr. Wong was born and raised in Wailuku, HI (island of Maui) and received his MD degree from Creighton University School of Medicine in Omaha, NE. He went on to complete his General Surgery residency at the University of Kansas-Wichita School of Medicine where he received the Deans Award. He completed his Plastic Surgery Residency at the University of Colorado School of Medicine in Denver, CO.Upon his graduation, he moved to Redding to acquire Dr. William Shadish’s established practice.Shortly thereafter, he was approached by the other plastic surgeons in Redding and joined forces, forming Plastic Surgery Associates of Redding. During his time there, he was voted “Best Cosmetic Surgeon” by the After Five Magazine readers and became the most experienced cosmetic breast surgeon. After 17 years, he chose to leave Plastic Surgery Associates of Redding and now has a thriving, solo practice. During his career, he has received additional training in microvascular surgery, laser technologies, and workshops on dermal fillers. He has also acquired a CO2RE fractional laser, Dermapen Microneedling, ThermiLift, Venus Legacy, Nano-fat grafting, and the ability to provide platelet rich plasma, providing these services in his office. He attends national meetings on a regular basis to stay abreast of the latest, proven technologies and procedures. He has also volunteered time to remove tattoos from teens and remove pediatric skin lesions and continues to do so on a limited basis.

He has authored articles on reduction mammoplasty (www.medscape.com) with nipple grafts and through www.statpearls.com, on breast implants and labiaplasty.